Description:
Flying Machine with the clockwork crude mechanism. The base is tin, as is the central spindle, whilst the canopy atop is celluloid, as are the decorative balls. The 3 elegant ladies of the period are printed lithgraphed paper mounted on tin cut-outs. The original paper printed label is still clearly readable This fascinating toy was modelled on the original design of the famous American inventor Sir Hiram Stevens Maxim, who emigrated to England in 1881, and who was knighted by Queen Victoria in 1901 for his numerous inventions, many of which had military applications. He was in fact the inventor of the famous Maxim Gun, which was the first portable fully automatic machine gun, and the uniquitous mousetraap. His ¨Captive Flying Machine¨ amusement ride was designed as a means by which to fund his research while generating public interest in flight, which he also experimented with. In fact he built the prototype of this very amusemnt ride for the Earl´s Court exhibition in 1904 - It was based on a test rig which he had devised for his research, which consisted of a large spinning frame from which cars hung captive - As the machine spun around, the cars would be swung outward through the air, simulating flight. 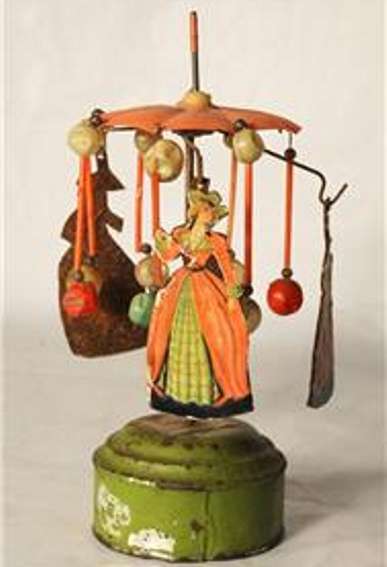 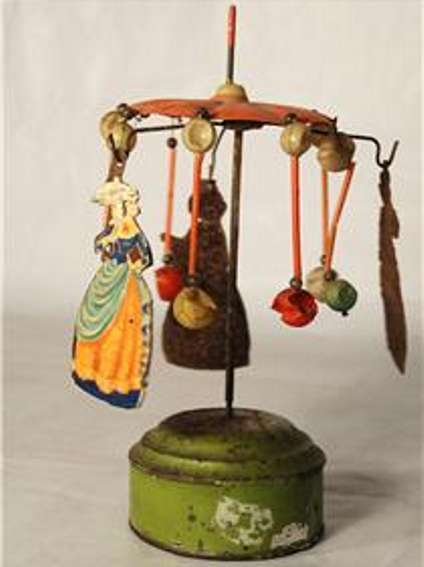 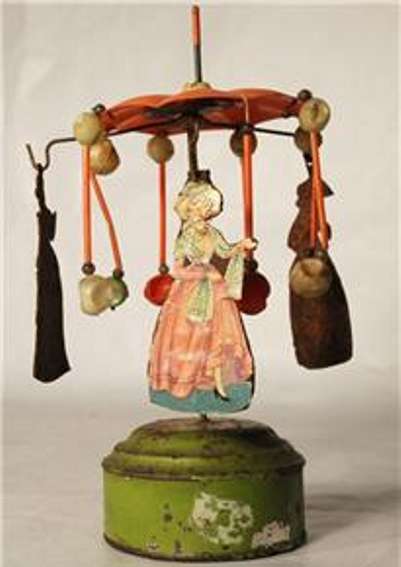 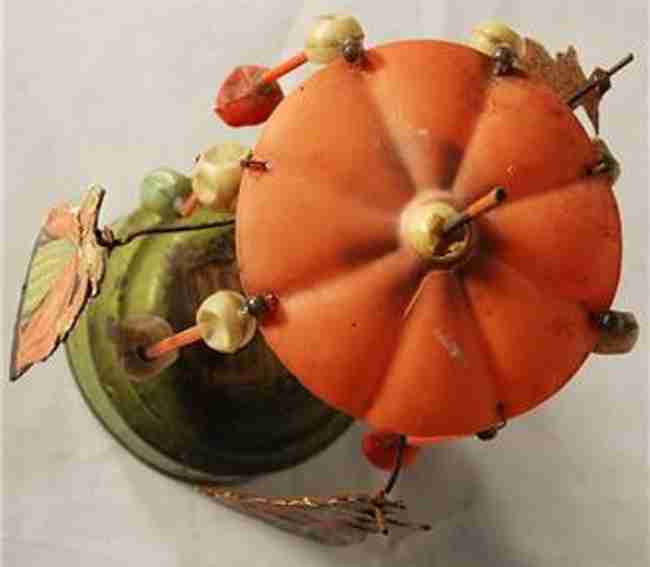 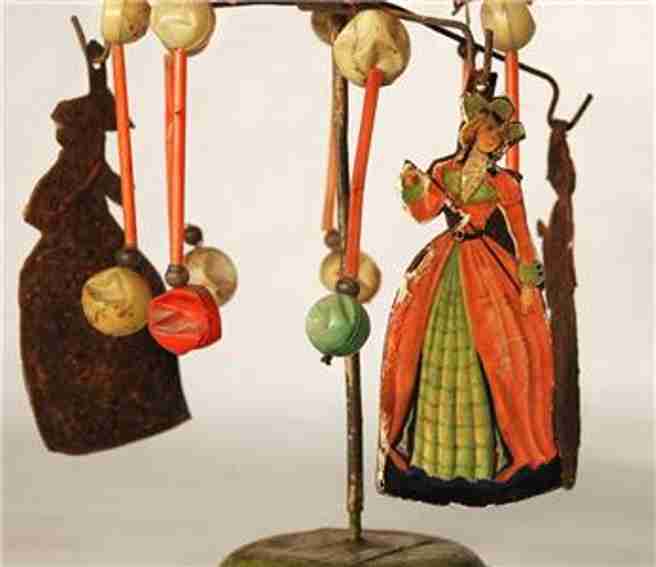 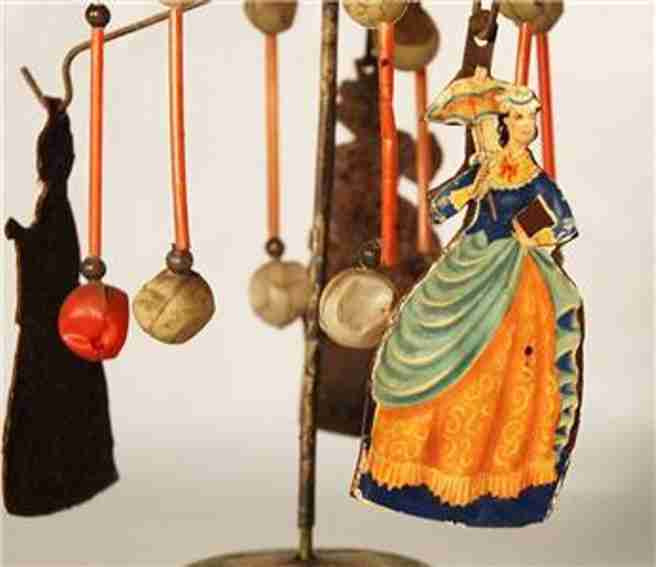 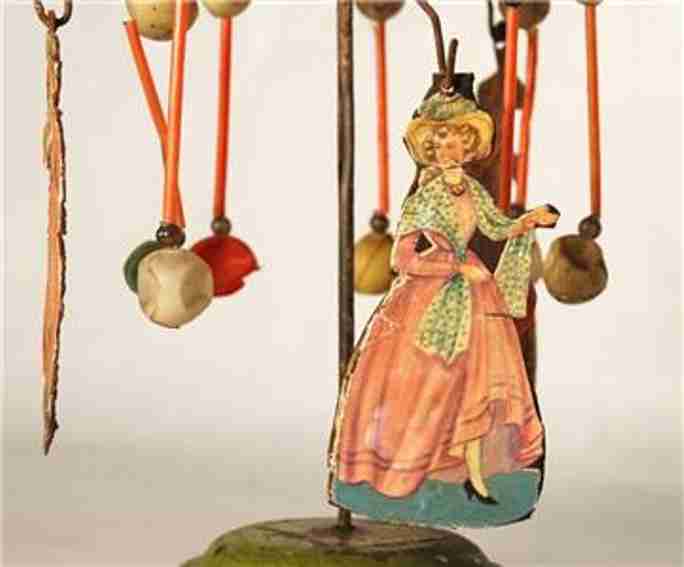 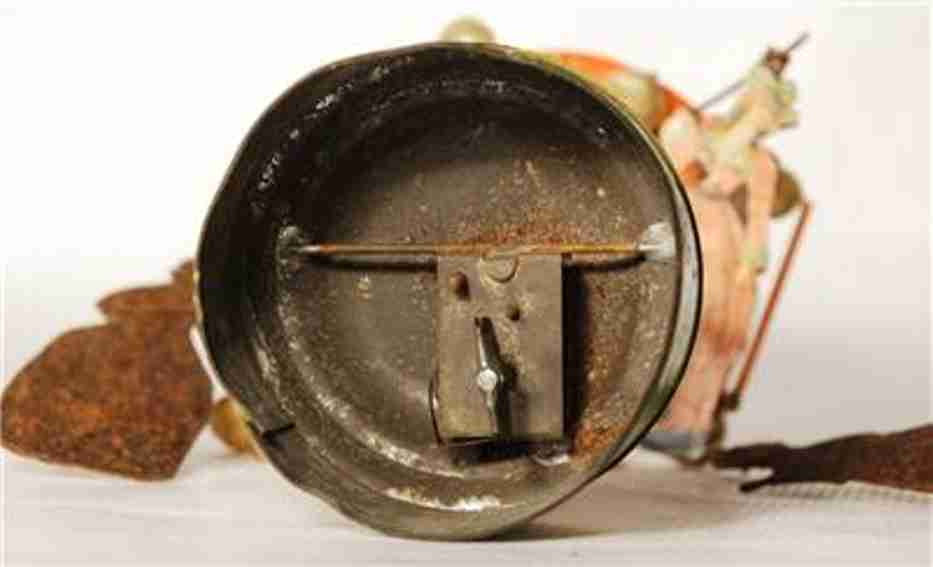 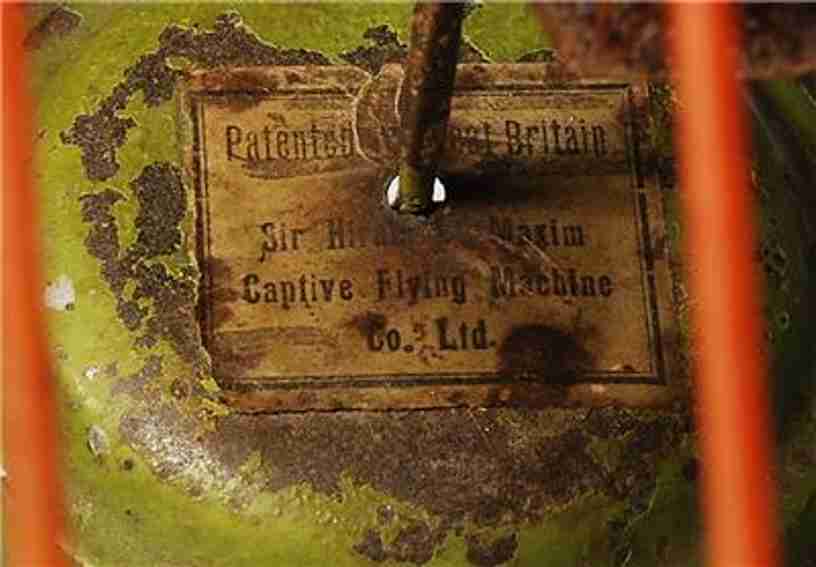