Description:
Japanese tin windup roll toy, marked ?KO MADE IN JAPAN? on the top left of the base. Also, there are six oriental characters in the marking on the top right of the base which we are not able to read. There are four baseball players printed in the design. One player is shown on the left end of the toy standing next to a brick building. He holds a bat down at his side. That player what looks to be the word ?Icrici? on his uniform. But, we are not certain of the letters. Another player is printed on the top of the base on the left side next to the maker?s trademark. That player is swinging a bat. He has a similar word on his uniform. But, we are not sure that it is exactly the same as the other word. Near the middle top of the base is printed another player who has just pitched the ball. We cannot read any word on his uniform as his throwing arm covers up the top of his uniform. On the right end of the top of the base there is another player. This player is in a running posture. We are guessing that he is fielding. But, we cannot be sure as the upright structures on the toy cover up the litho of the upper part of his body. We cannot read a name on his uniform. The toy has inclined platforms which the balls would roll down & come out of one of the two arches numbered 3 & 4. The balls would then roll down into the central tin section where they would be propelled up in a sort of escalator mechanism. The balls would go back up to the top where they would roll out & then begin their journey down again. The toy also has a bell that rings occasionally when the mechanism is running. Es gibt auch eine Glocke die ab und zu klingelt während die Bälle runter rollen 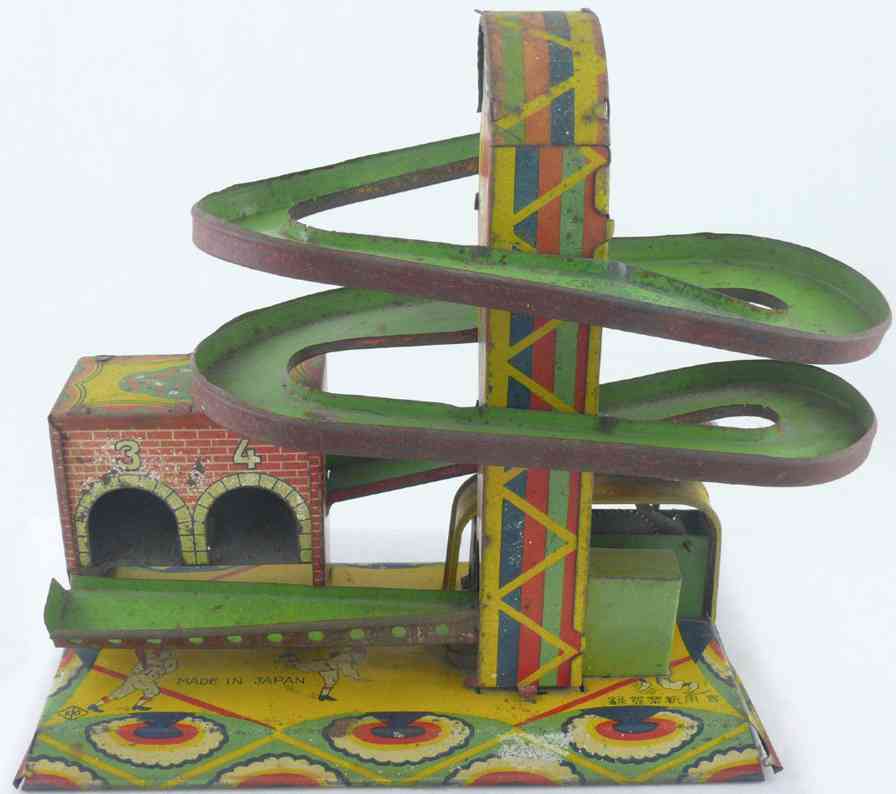 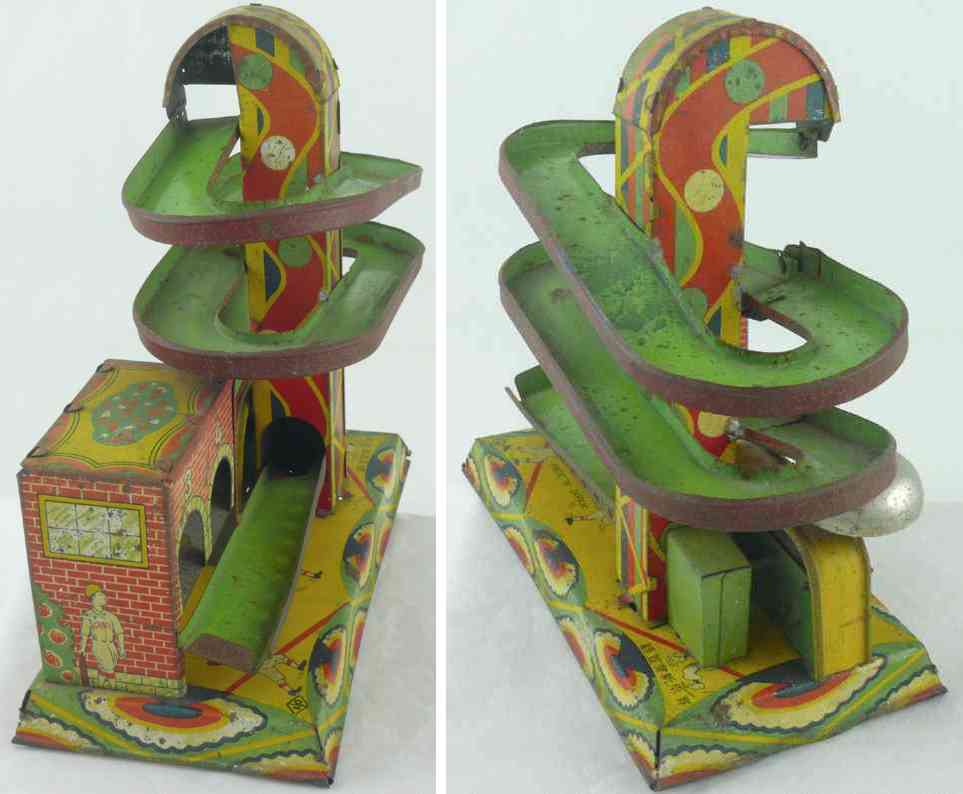 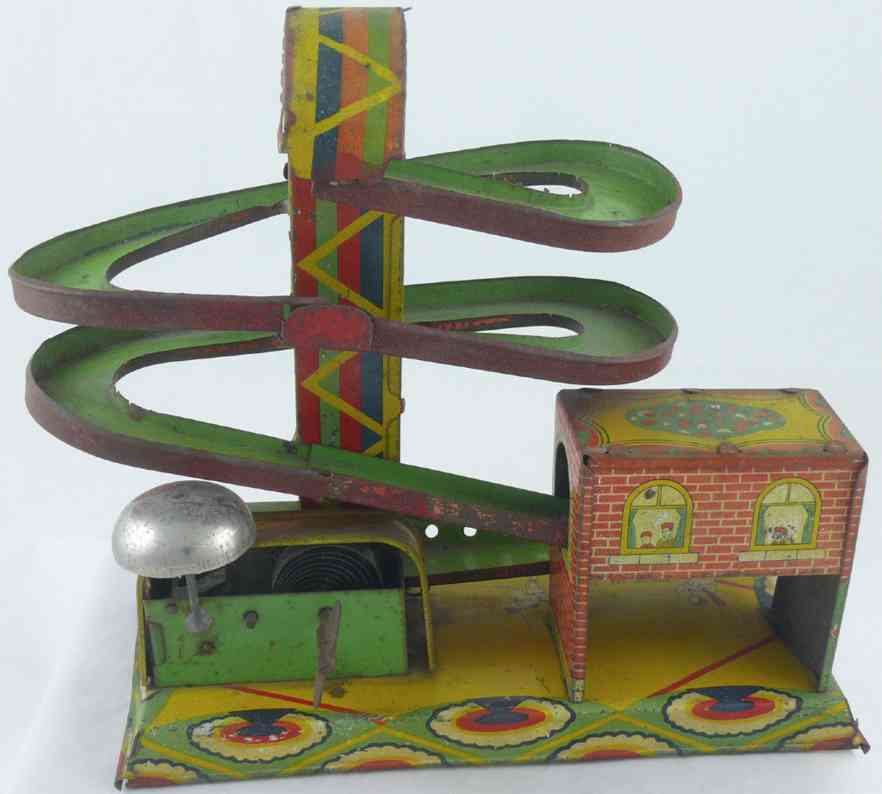 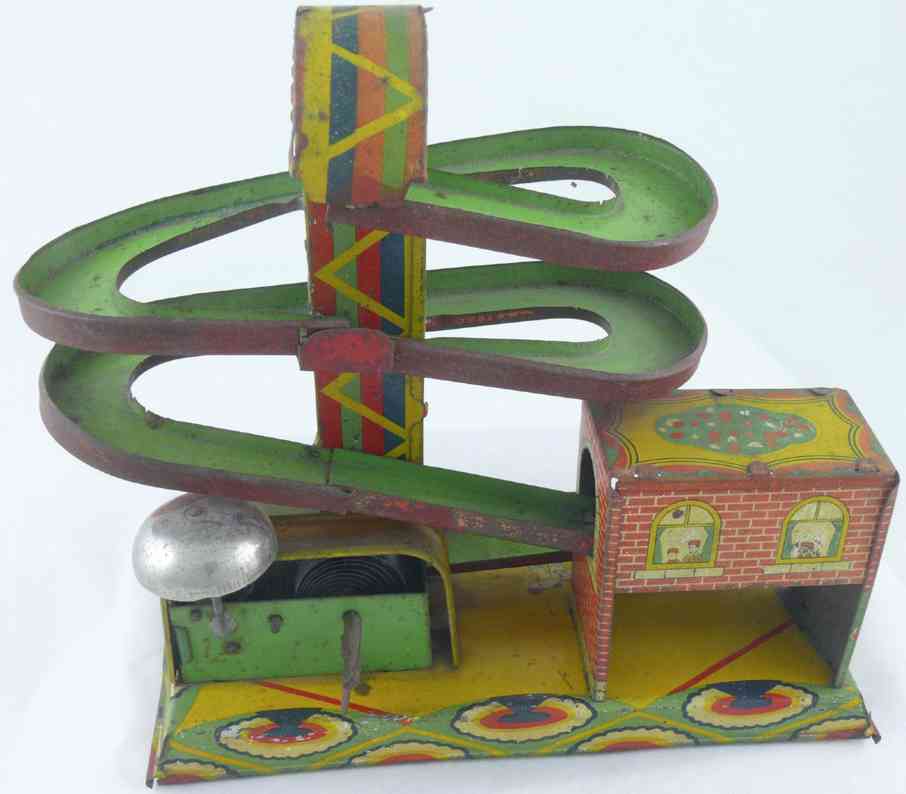 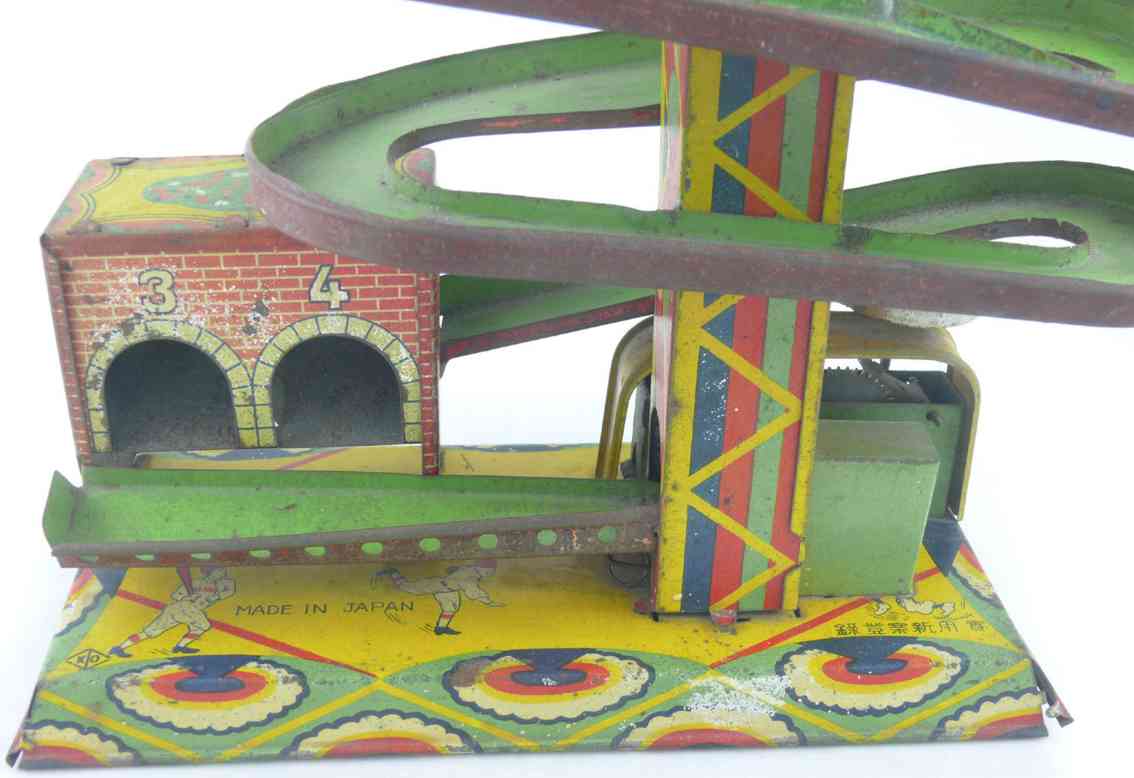 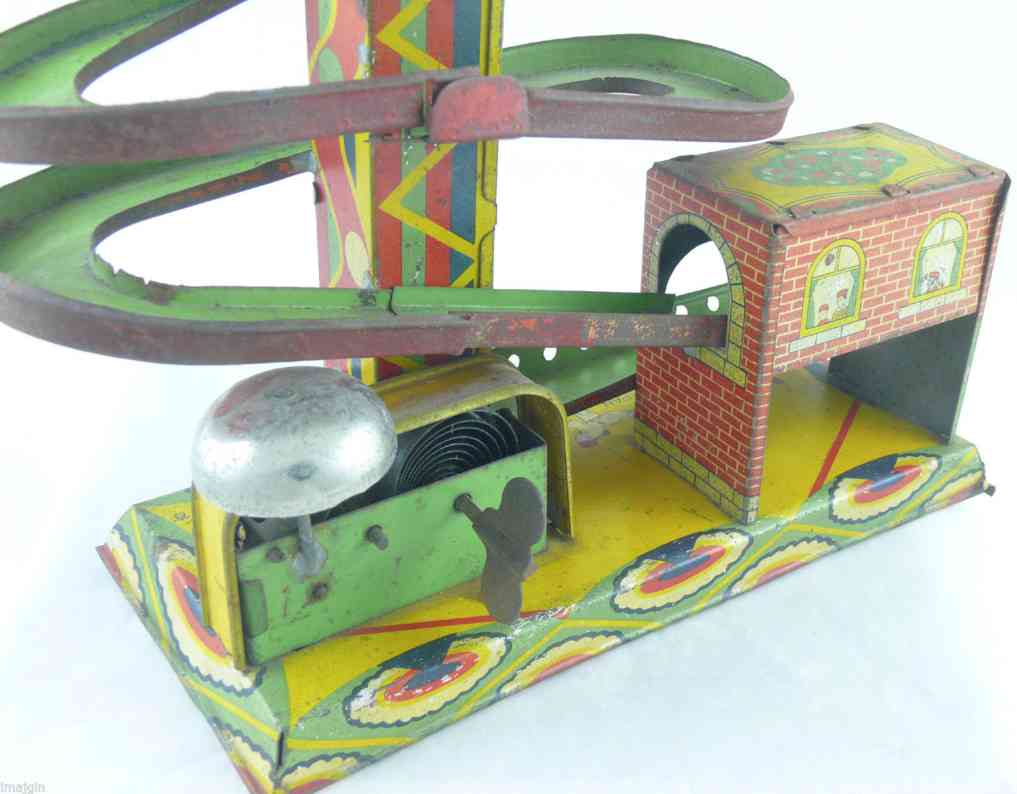 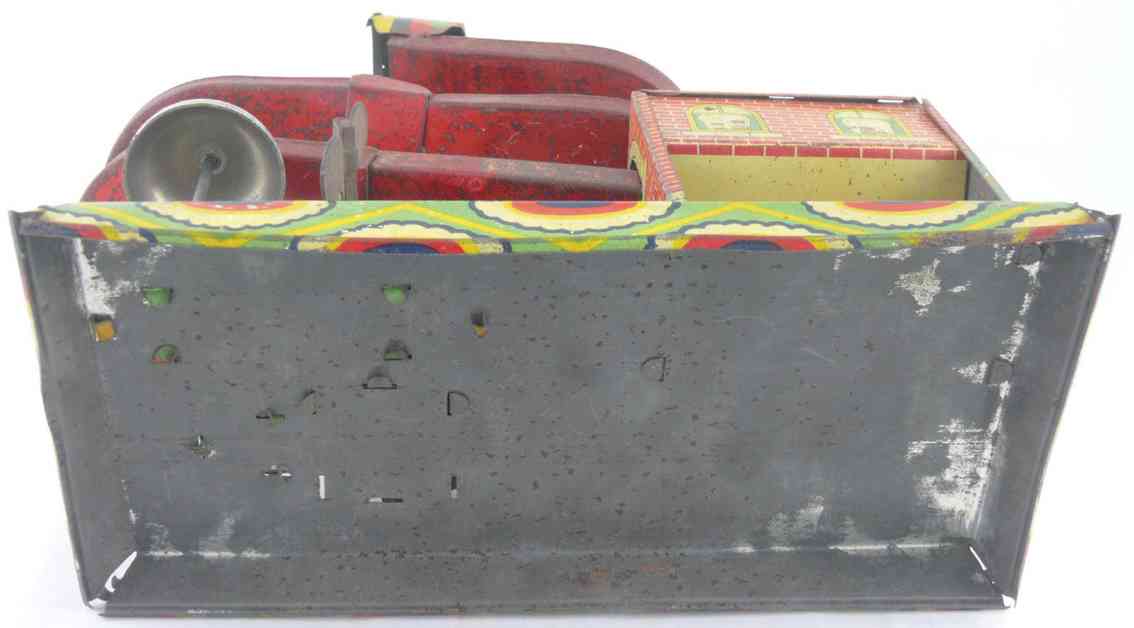