Description:
Horse drawn cab attributed to George Brown and/or Merriam, a most interesting toy and pictured in Louis H. Hertz's The Toy Collector (page 186) and American Antique Toys by Barenholtz (page 257), as well as George Brown Toy Sketchbook (plate 57). Oftentimes there is some confusion as to the true manufacturer of toys. George Brown and Merriam most likely collaborated on various toys as they were geographically located within proximity to each other. Well known is the fact that many toy companies, even during this early time period as well as later on, often traded design and/or parts with one another. This particular example is the toy pictured in Louis Hertz's Toy Collector book published in 1969 as well as in Barney Barenholtz's book which was published in 1980. Barney Barenholtz and Louis Hertz knew each other and both were old time toy collectors, obviously Barney acquired this toy from Louis Hertz. A rare form depicting a cab with two seats within the carriage (one seat missing). The toy is painted in a dark brown with stenciled trim and highlighting. To the best of our knowledge this is the only known example to exist today. 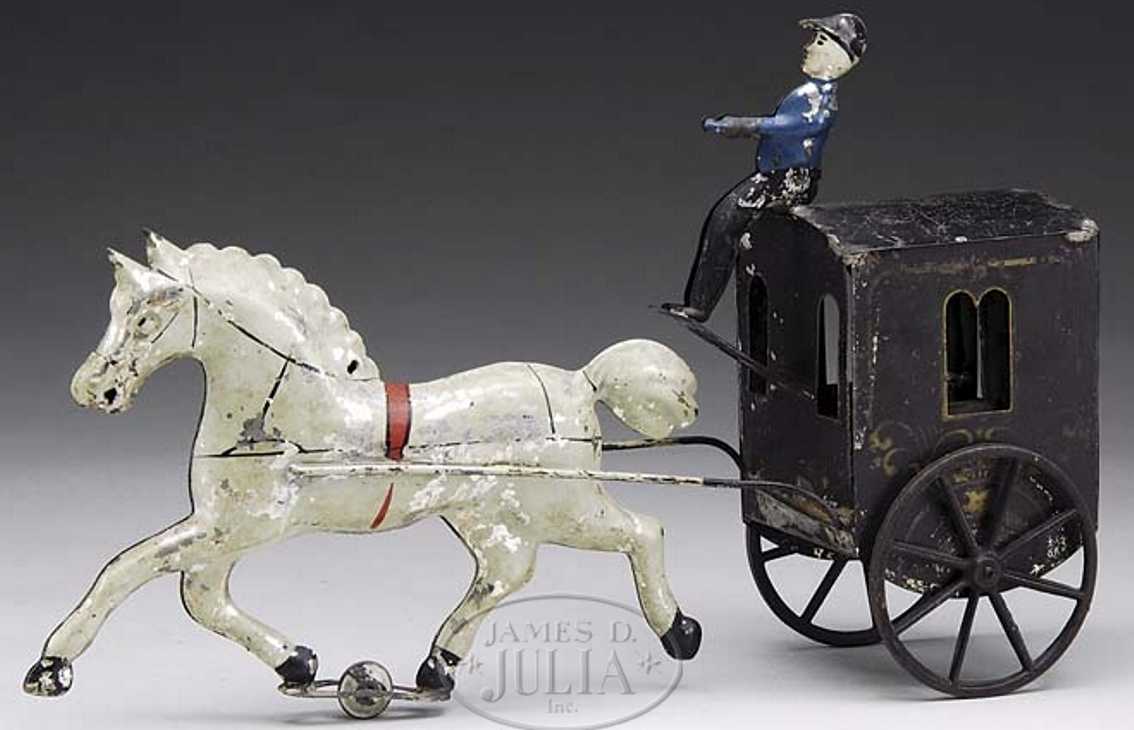 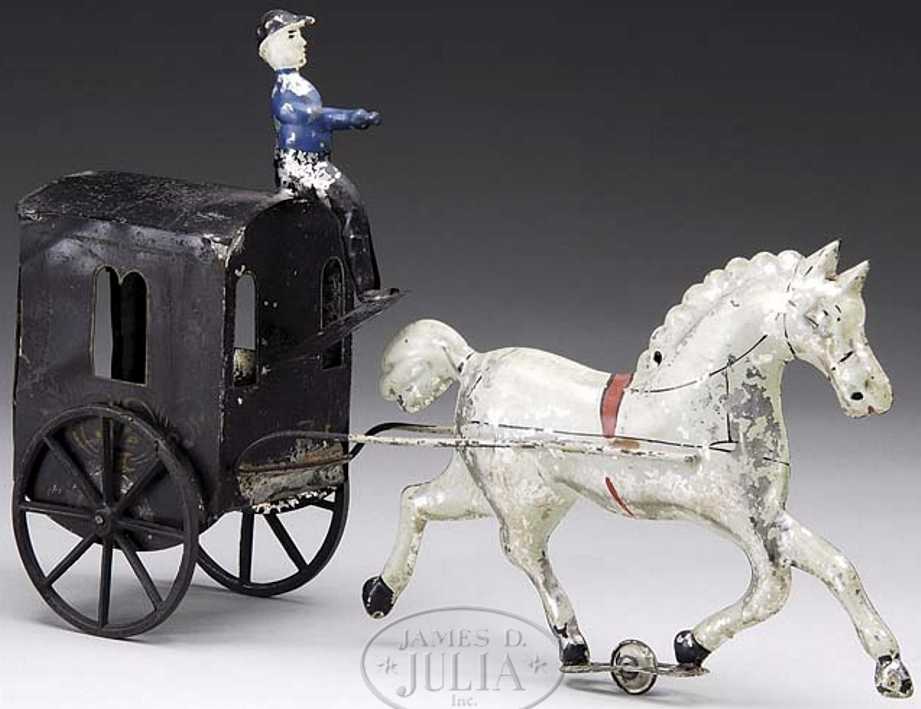