history of Boyer
Company history and description of the company Boyer of Dayton, Ohio

On November 2, 1897 Isarel Donald Boyer and his wife E. L. Boyer of Dayton in Ohio patented an idea for a toy powered by a cast-iron flywheel.
It has the patent number 593,174 and was the first such patented in the United States.
They chose to call this the "Locomotive Toy" (s. figure).
Descendants of this toy have been calle variously friction toys, monumentum toys and hill climbers.
From this patent a toy industry grew in Dayton, Ohio comprised of as many as four independent companies during one period-each devoted to the manufacture of these toys.
The development of four companies making a single type of toy bases on a single original patent is unique in American toy manufacturing history. 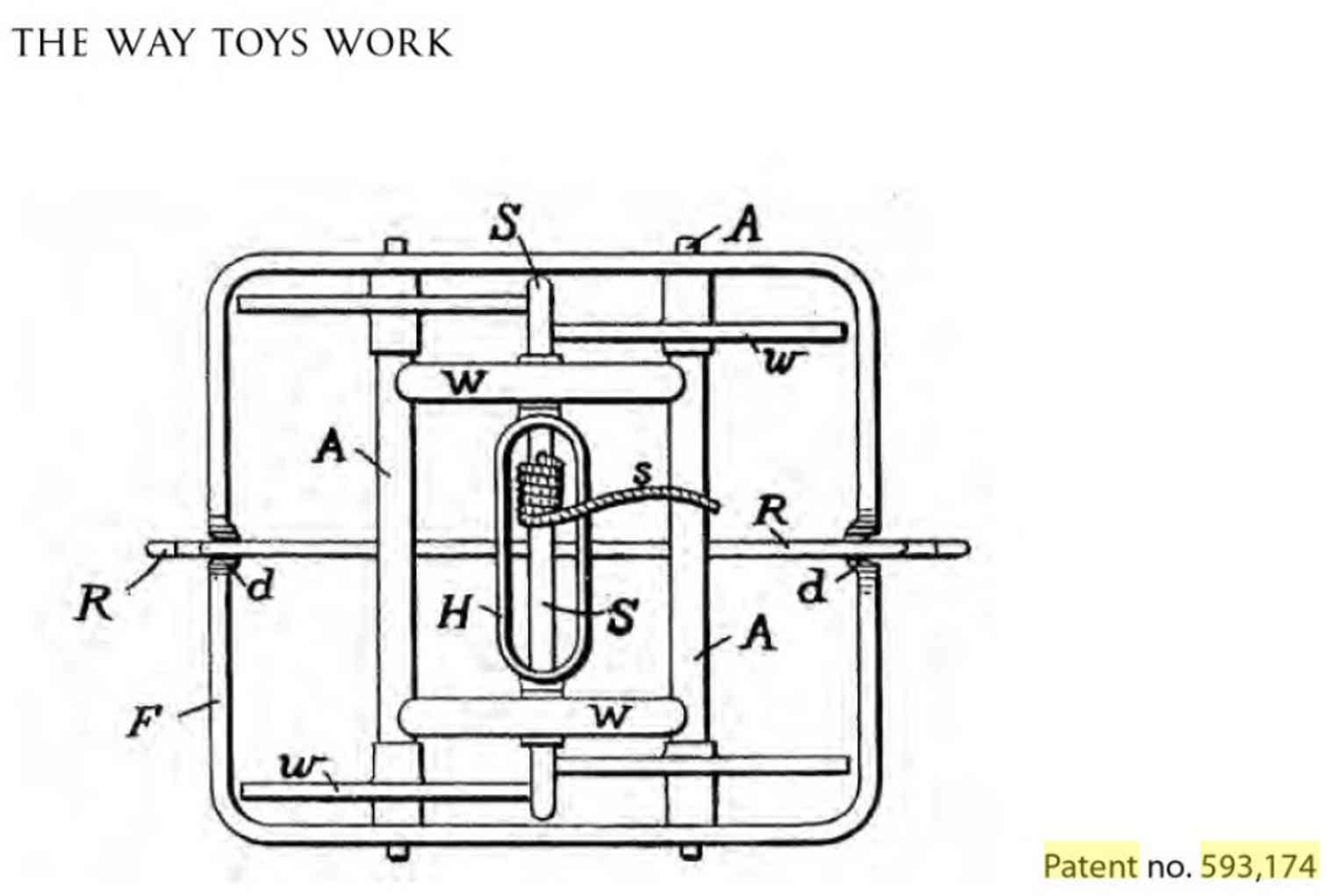