Description:
Brianne, Tsar train ?Train Geant?, built in 1905. the long-lost train with a fascinating history. Made in France by Lucien Brianne, it was given by the French Prime Minister M. Fallieres as a gift to the Russian court. At handing over, Tsarevich shook his hand, as described in the original catalog. In the turmoil of the October Revolution, the entire tsar family lost their lives and the train was considered lost. In the 1970s, it was found in a neglected state and improperly restored. He was subsequently auctioned off at an auction in Chartres by a Swiss collector and exhibited for 25 years at the Technorama in Winterthur. The catalog describes in detail the gift delivery with press comments and a detailed description of the train. The train is described several times in the literature and honored in two television contributions of the SWR in ?Eisenbahnromantik?. The locomotive was equipped by the electrical engineer Brianne with a no longer present on the object electric motor, the machine still has the complete gear, which drive all the wheels, the power train is fully functional. The 2 pantographs are still present. The train has a gauge of 140mm. The PLM locomotive ?Coupe Vent? with tender, L135cm, 22kg, is capable of transporting a human. and is over painted Wagon restaurant with interior decoration, kitchen is painted over. L 90cm. Luggage cart is painted over. An additional 5% tax on the hammerprice will be levied on this lot. L70cm 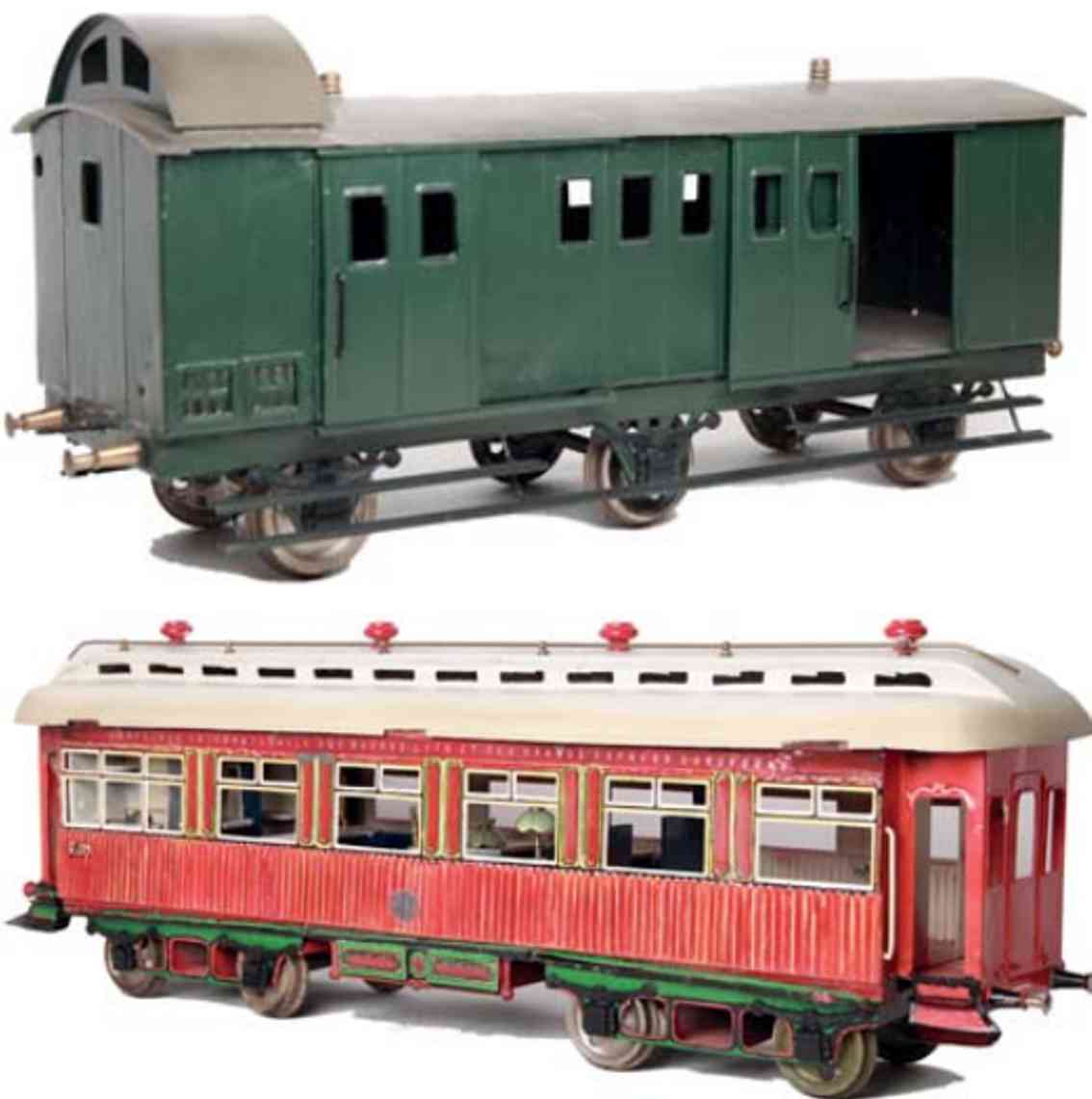