Description:
Replica bus of cast iron with driver painted in red, original cast iron wheels, marked on the underside "AB Skoglund & Olson (illegible word)"
Behind the replica follow three pictures of the original bus and behind them two pictures of the two for comparison.
One of our users told us about this toy: This is modern copy made in Thailand and artificially aged. Tha cast-iron wheels are the definite proof. The original has rubber tyres on cast-iron rims, the body halves are riveted together, not screwed, and there i no provision for a driver figure. . One can also see the "stub" where a driver figure may have been intended, but never mounted. The makers of the copy also made the mistake of placing the driver to the left. Until Sweden changed driving from the left side of the road to the right in 1967, swedish busdrivers sat on the right side, with the passenger door on the oppsite side. The driver used in the rip-off is copied from Arcade models. I have one original and one modern copy to compare. The modern copy is slightly smaller than the original. This is due to the shrinkage of the hot iron when cooling after being cast in a mold made from a disassembled original, instead of the sand molds formed over wooden body halves made to allow for the shrinkage used in the original production. 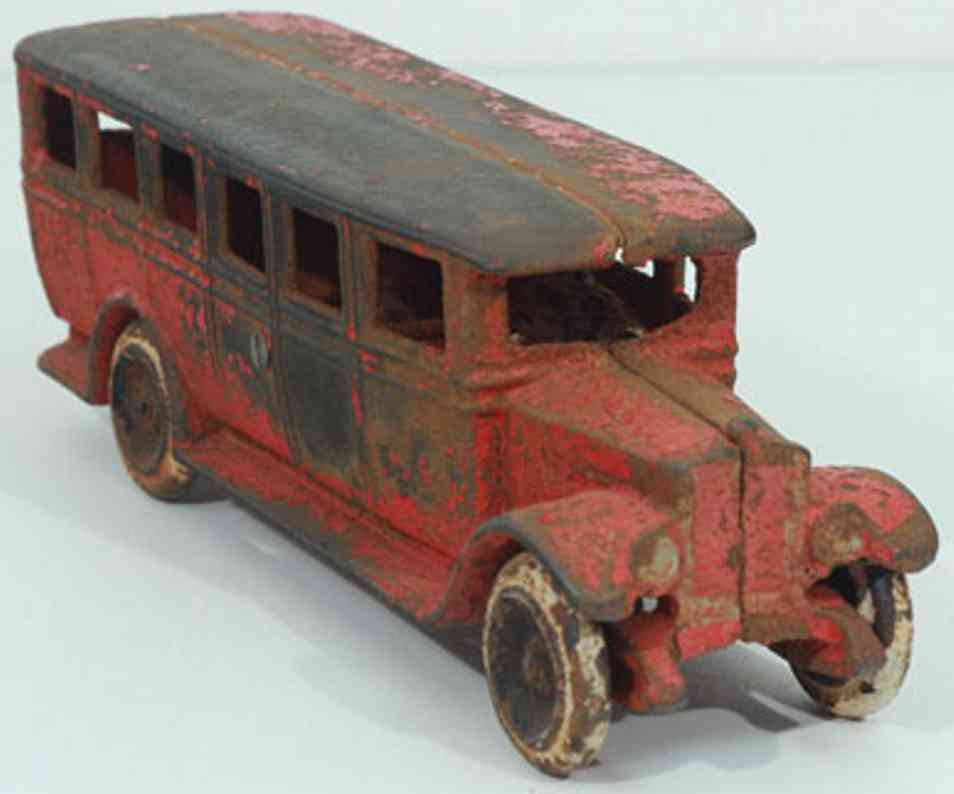 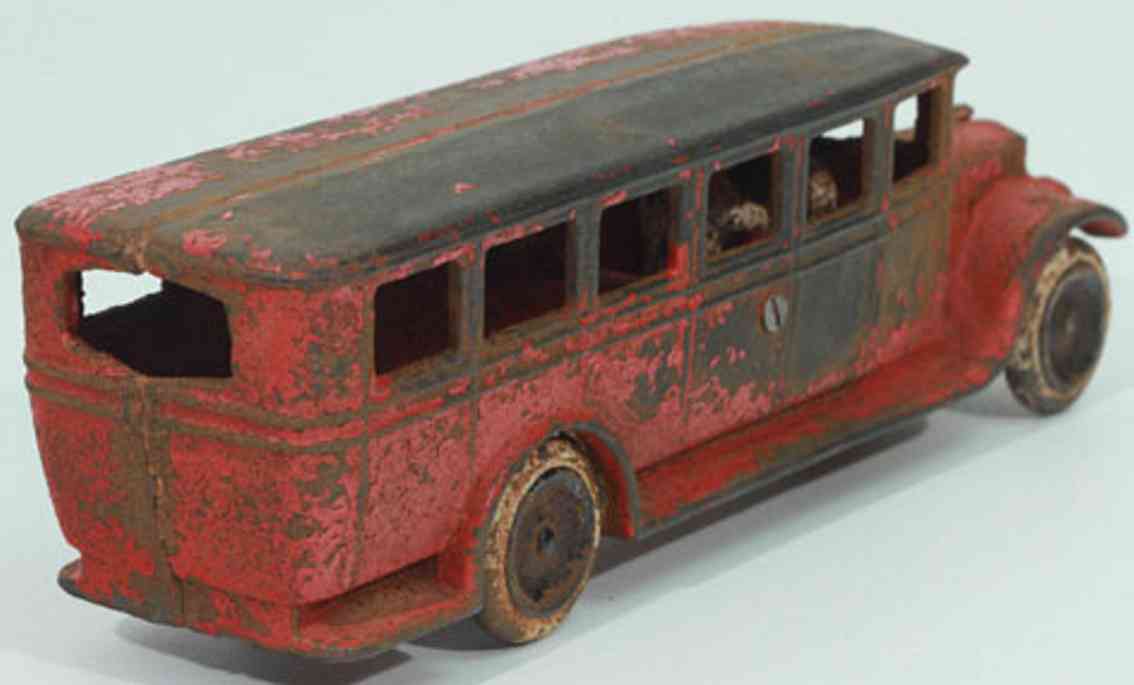 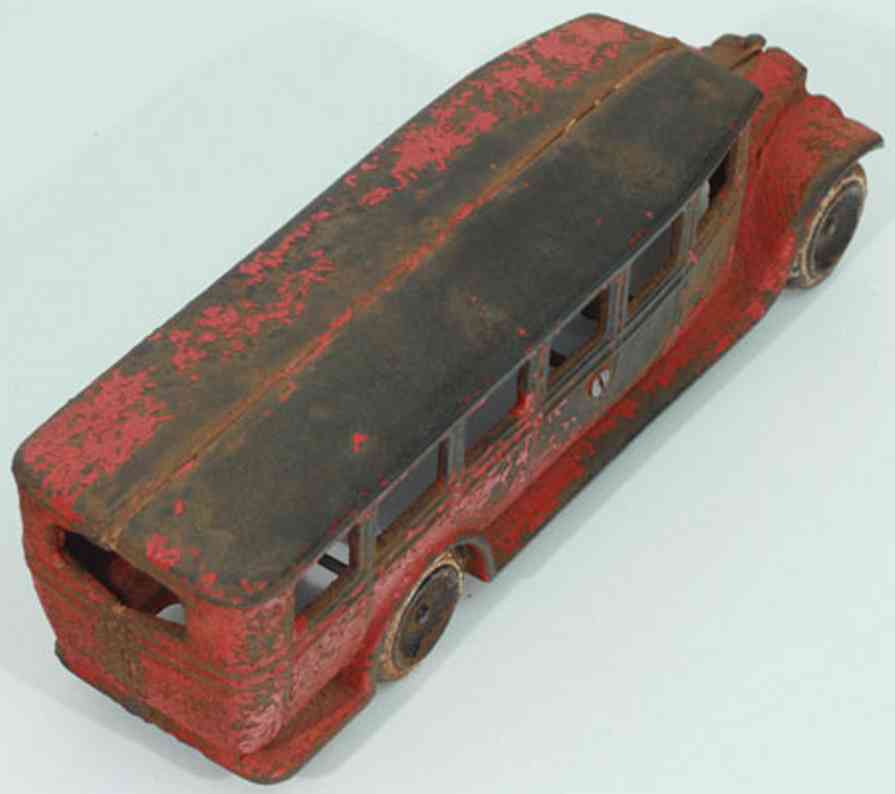 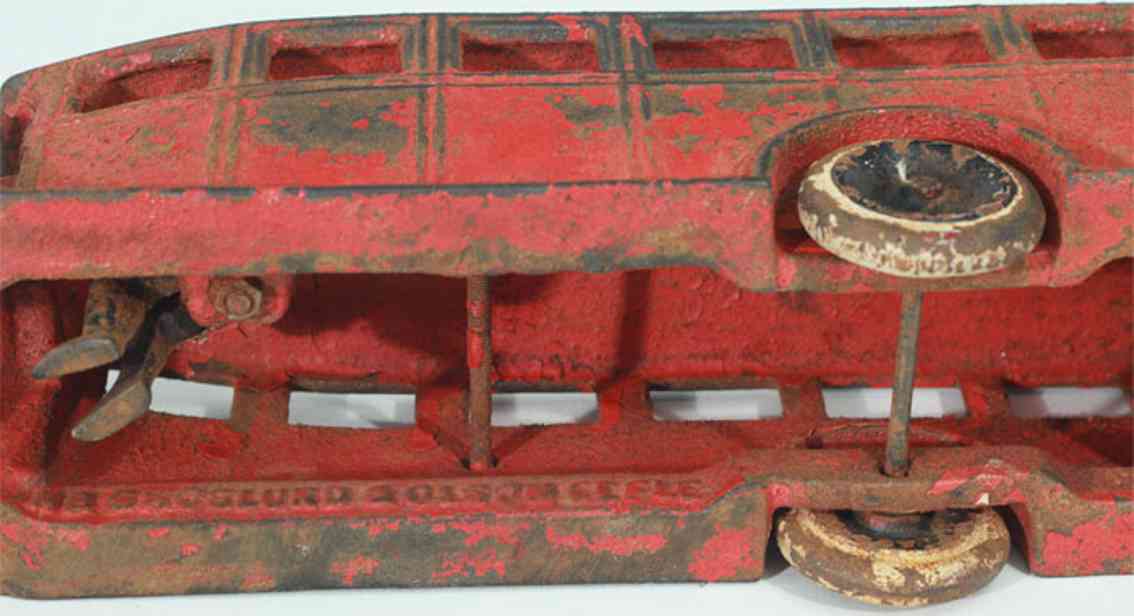 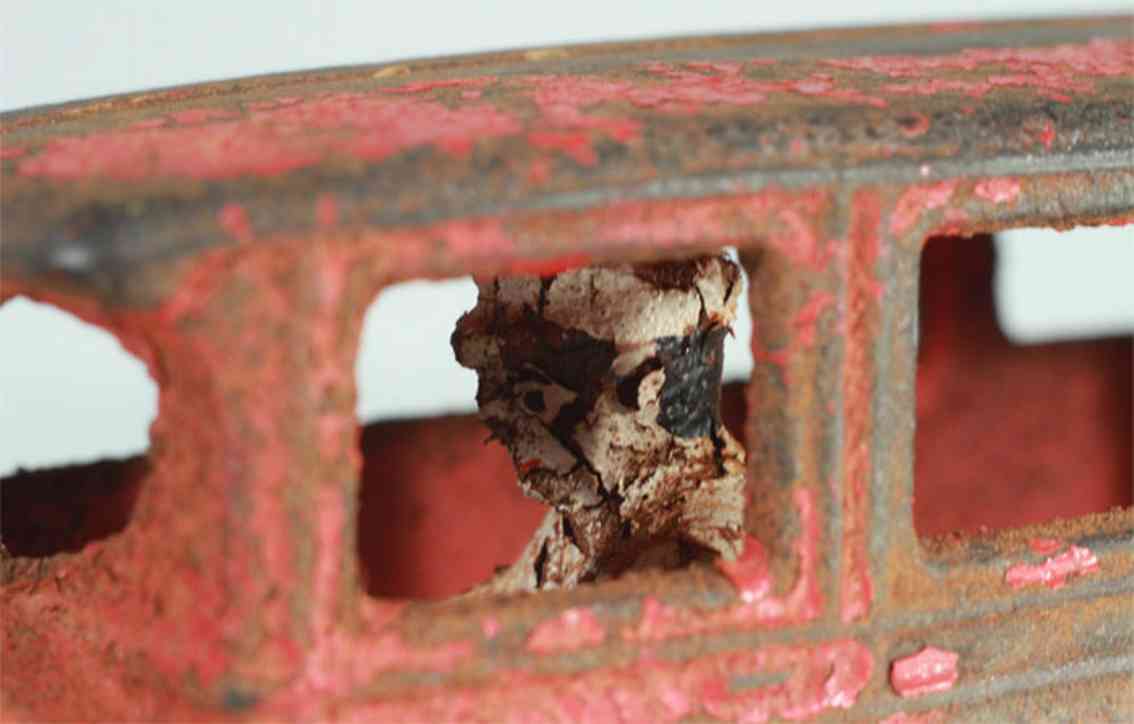